Tangle Tower (as we now know it) has sat nestled along the banks of the Moray Firth for over 150 years. A local family purchased the building in 2014, it had stood empty after the elderly occupant had died a few years previously. As you can see from the picture the building had lots of potential but was a tangle of different eras and styles all thrown together. Perhaps this is where the current name came from, or maybe the fact that is stands on the shore front amongst a tangle of seaweed?

The building itself, has plenty of local history, and we will explore many of these stories as I go on, some are factual, others maybe tales that have grown over time, what-ever the provenance it all comes together to make a rich tapestry of history for the Tower. 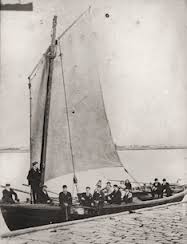 The site dated back (on microfilm) to the late 1800’s (1871)  though, it is thought to have been there in one form or another before this date.  The first listing we came across showed the site with several “wooden huts”. It is presumed that the actual stone building, or at least the lower levels were constructed during the early Victorian Period, when the building was known ominously as the Watchtower.  (A ferry was first recorded plying these waters in the 15th century, continuing to do so (in one form or another) until the opening of a bridge in 1982, therefore, does it not bring us to expect some kind of look-out station to keep the ferry men safe?

In February 1894 there was a terrible disaster where almost all of the crew of the Coast Guard station and those of the Kessock Ferry that was used to transport people and goods to and fro across the Beauly Firth lost their lives. The fatal accident had terrible repercussions across both North and South Kessock as it left 26 dependents without their breadwinners. The local community alleviated the ongoing effects by clubbing together to raise funds and support for the families for some time after. The event must have been very significant for the time as it spurned a then famous poet, Sir William Topaz McGonagall to pen a lengthy poem relating the story in all its detail. Read McGonagalls poem here: http://www.mcgonagall-online.org.uk/gems/the-kessack-ferry-boat-fatality

In more recent times (24th February 2014) a ceremony was held to mark 120 years since the disaster a wreath was laid and speeches given to commemorate this tragic event. A couple of years later  (October 2017) we decided we would like to honour the memories of those lives lost in a more permanent way, with the assistance of some of the pupils from Merkinch Primary School we designed a memorial plaque which can be seen just along from Tangle Tower itself, the short unveiling ceremony can be seen here: https://tinyurl.com/uh3g9x3 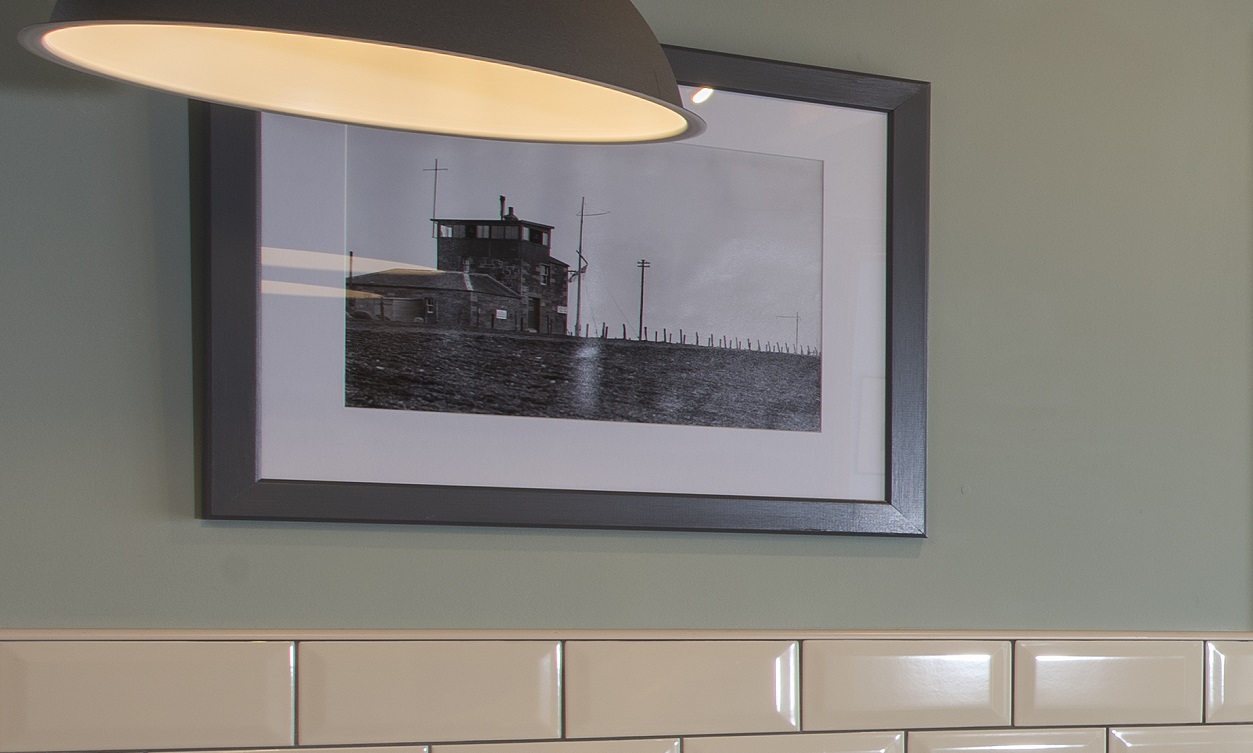 It is recorded via photographic evidence that the building had gained the top level by the time of the second world war, easily viewed here in this photograph which can be seen on the wall of the kitchen in Tangle Tower, we have been unable to pinpoint an exact date for this addition but it has been reported that The US Navy used the building as a Look-Out Post during WW1 and WW2.  The image was taken from the the front entrance side of the Tower,  at this time there were unenclosed strips of cultivation but little in the way of buildings apart from the ferry cottage. Dwellings increased throughout  the first part of the twentieth century but the housing development as we now know it did not arrive until between 1930 -1940 when four hundred and ninety dwellings were constructed on the South Kessock site. The accommodation provided was a mix of houses, and two storey flats ranging in size from 2 to 5 apartments.

Sometime in the late 1920’s or possibly early 30’s one of the nearby residents recalls as a boy seeing the old Victorian railway carriage being delivered to the ground of Tangle Tower. The carriage, built around 1870 by the Metropolitan Carriage & Wagon Co. Saltley, Birmingham was a brake van. In addition to housing the guard, the van provided space for passengers’ luggage and for parcels. When first built, this van was used on trains on the main line from Perth to Inverness and Wick and also on the Keith and Strome Ferry lines. By the 1890s such vans had been replaced by larger vehicles and were relegated to branch line services. Unfortunately by the time we had purchased the Tower and the grounds it had sat exposed for around 80 years, and despite our best efforts and plans to re-use all or part of the carriage it had rotted away beyond repair.

An Inverness resident contacted us with this story : 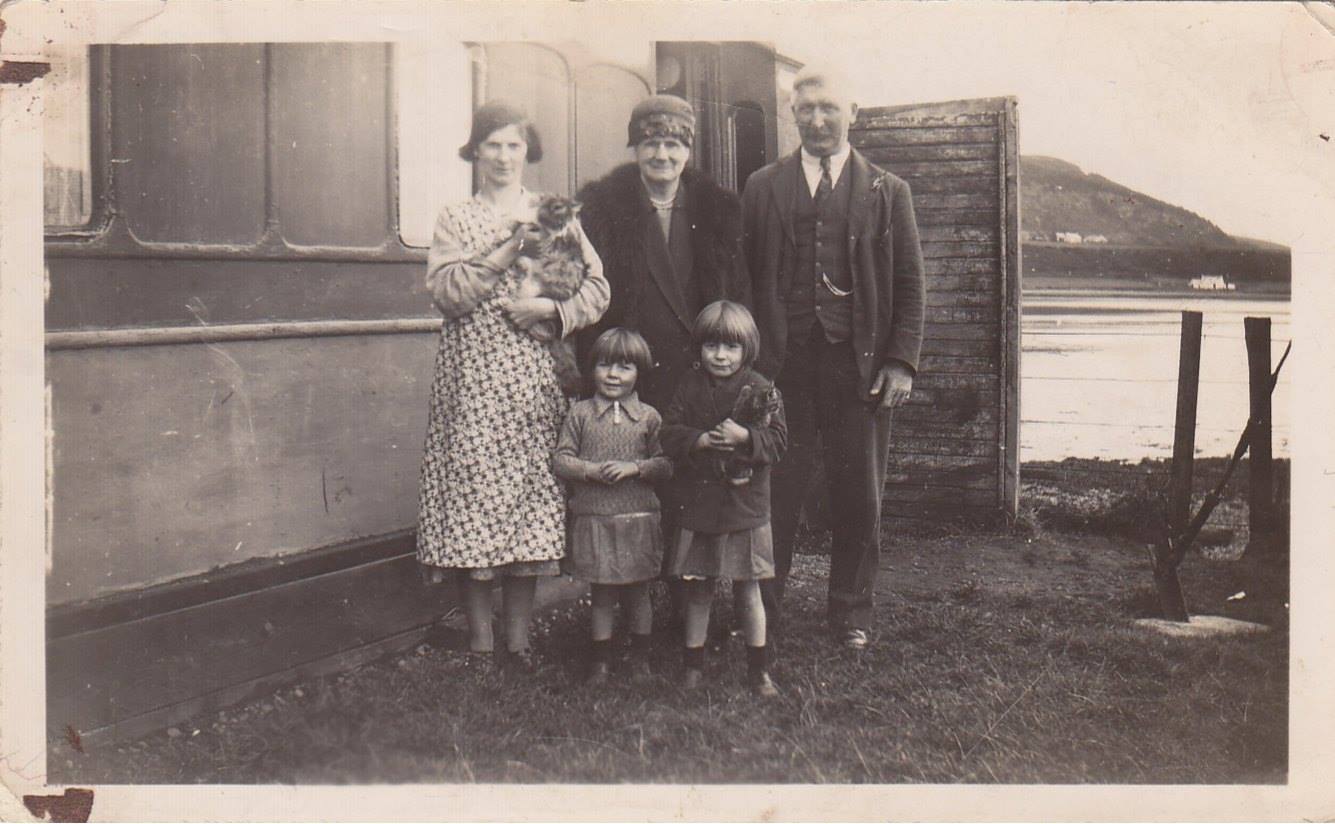 ” My mother was born here in  1933… well, she was born in the railway carriage which was still in the garden until fairly recently. At that time it was called Aird Villa. Her family (my grandparents) lived in the railway carriage, but moved into the house when the previous tenants vacated it. My mother died in August 2014, and just days later the old railway carriage was dismantled and disposed of. The new owner has made a lovely job of the house, my mother would have loved it. The carriage is in the background of this photo. My maternal grandmother is on the left, with her parents, and two of her four daughters (my aunts) in the foreground.”

“I have been up in the top room when I was very young with Irene SHAND. Lovely family. Then they did a switch with Mr Cochrane from across the road. I guess it was getting too big for Mrs SHAND. Mr SHAND made a motor launch out of a big lifeboat and took us kids to the lovely beaches across the ferry. I even had supper in that house when my mam was in hospital, and Mrs SHAND would send over home made fish and chips on a a Friday. She died at the airport seeing her sister away. What a loss for us all”.

One of the neighbours, still living  within a stones throw from the Tower recalls a long table that was used on the top floor. She recalls the table was so big when it arrived it had to be winched up through one of the windows as it was too big to negotiate up the stairwell! She tells of it stretching from one side of the room to the other, always strewn with maps and navigation aids. Eventually, when the time came to remove this old table it had to be cut in half and bought down the stairs in two pieces!